The CCG is an annual franchised athletics competition that begins next summer (July 2022). Franchised sports competitions operate successfully throughout the world. Examples include the NBA, Formula 1 and the IPL in India. The CCG will be as big and as lucrative as any of the aforementioned... Read More

The CCG is an annual franchised athletics competition that begins next summer (July 2022). Franchised sports competitions operate successfully throughout the world. Examples include the NBA, Formula 1 and the IPL in India. The CCG will be as big and as lucrative as any of the aforementioned competitions. The Franchised Teams will share 70% of the net revenue which we anticipate in the first year being between £31,000 and £110,000 per Franchise Team. Read Less 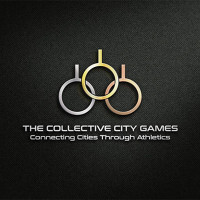 Our aim in staging the Competition is to:

We are pleased to invite you to submit an offer to become an owner of one of the Teams.

Offers will be invited for the ownership of Teams in the following cities:

Athletes competing for a Team must be born within the catchment area identified for the Team or have lived full-time within the Team catchment area for the preceding three years, although note: each Team can recruit a maximum of six athletes to represent the Team, who do not automatically qualify to compete for a Team by way of birth or residence.

For each weekend competition Teams will be required to provide two representatives for each event within the competition and there will be circa 22 events for women and 22 events for men including two Paralympic events.

Team squads can be as large or as small as each Owner chooses but the number of events to be contested suggest that there can be competition squads with as many as 88 competing athletes for each weekend.

Twelve Teams compete for the eight available spots in the Semi-Finals, in groups of four.

Eight Teams compete for the four available spots in the finals.

Each group matchup will take place over a weekend (Saturday and Sunday) at stadiums such as Crystal Palace or Gateshead and in front of thousands of paying guests.

Production of the Competition

CCG shall invest significantly in the look and feel of the competition. The CCG Competition will be innovative, using unique technology. The presentation of Track and Field athletics to the public will be taken to another level.

For the 2022 competition CCG’s target is to attract between 9,000 to 30,000 passionate paying spectators at each event. For subsequent years, the expectation is that the number of spectators will increase.

Sponsorship and other non-competition income arranged by the Teams belongs to the Teams.

An annual franchise fee of £10,000 (adjusted for inflation each year) will be payable by each Team to CCG.

As stated above competing athletes must be paid and a fee should be agreed and paid to the athlete’s clubs for the release of the athlete for the competition.

Why Own a Team?

Ownership of a Team will provide substantial benefits including:

CCG are offering ownership of a Team for a period of two years extendable without charge for another two years if agreed by both parties. After four years a wholly freehold arrangement will be discussed. The Team is your asset to manage, to build and if you wish to sell. This is your chance to be the owner of the Team that will become our nation’s champion. There can only be one winner, but even if your Team does not win the competition this is an opportunity to influence many young lives and assist the growth of the wonderful sport of Track and Field athletics.

If you are interested in owning a Team, please fill out the form below. On receipt of your enquiry, we shall send instructions for your application and other relevant documents such as the franchise agreement.

Below are some specific details on the The Collective City Games Franchise opportunity.