Theatre School Announced in The Top 100 Franchises in The UK 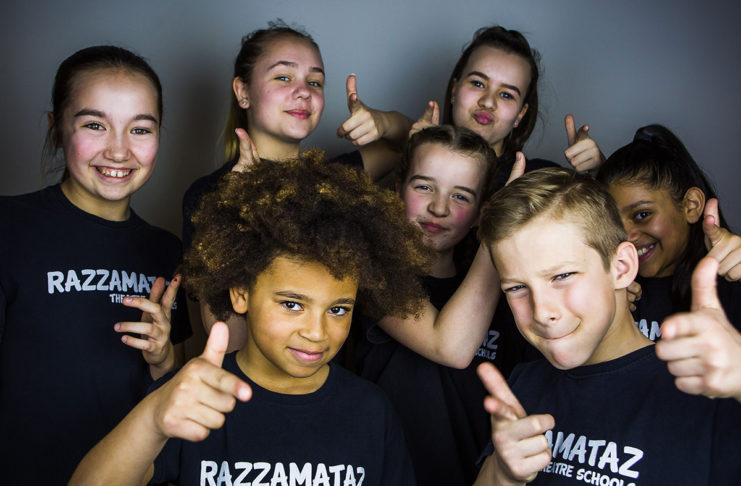 We’d like to introduce you to Angel Jenna, Mum of 3 and much appreciated Angel to many customers. You can...
Read more

Reading Time: 2 minutesA theatre school franchise is delighted to announce that they have just been named as one of the top 100 in franchising in the UK. Elite Franchise Magazine has revealed that Razzamataz Theatre Schools have made it into the EF Top 100, which recognises the sector’s brightest businesses and ranks them according to a broad range of criteria.

Elite Franchise set up Elite Franchise 100 to celebrate the outstanding franchises in the UK. It gives these businesses the opportunity to shine in a number of areas from growth and support through to financial performance, contribution to the community and the way they embrace innovation. Applicants are ranked from 100 to one and the guide defines the best opportunities in the UK whether they are a relatively new franchise or one that has been long established with hundreds of franchisees.

Razzamataz will be turning 20 in 2020 and is delighted that the inclusion in the guide is testament to the work of everyone involved. Razzamataz continues to grow year on year and not only by the number of franchisees, but also the quality and diversity of the offerings to students. “We are delighted that we have been included in the Elite Franchise 100 and the work that we do with our franchisees has been recognised,” says Denise Hutton-Gosney, MD and Founder of Razzamataz. “We invest heavily in training, support and continue to bring in experts in their fields to work with all of our franchisees. As this year’s Conference for example, we are excited to hear from Doulla Croft, Global Client Partner at Facebook and business mentor and inspirational speaker Penny Power (OBE).”

As 2019 draws to a close, Razzamataz looks back on the awards success and accolades it has achieved this year. The Approved Franchise Association (AFA) held its first annual awards ceremony to celebrate the incredible achievements made by the UK franchising community. The Head Office team was awarded Bronze in the outstanding franchise marketing category and Nick Furlong and Gemma Hextall, Principals of Razzamataz Sutton Coldfield were awarded Silver in outstanding young franchisee of the year. Razzamataz Sutton Coldfield were also nominated in the What’s On 4 Kids Awards, in the category of ‘most loved dance, drama or performing arts activity franchise territory.’ Razzamataz were also finalists in both the ‘best print advert’ and ‘best overall marketing campaign’ in the Franchise Marketing Awards and Denise and Razzamataz were also finalists in two of the categories for the Best Business Woman Awards.

Recent award success includes double awards at the British Franchise Association (bfa) Awards, female franchisor at the EWIF Awards, winners of a 5 Star Franchise Satisfaction Award for two consecutive years with the Smith & Henderson survey, finalist in two EWIF awards; Inspirational Franchisor and Woman Franchise Employee of the Year and of course a successful appearance on BBC’s Dragons’ Den. Razzamataz have also just been granted membership to the Children’s Activities Association (CAA), an industry-led, not-for-profit community interest company founded and governed by experts to help parents, schools, nurseries and all children’s activities providers by raising the standard of children’s activities.

“For people looking to open their own theatre school, to have the backing of an award-winning brand such as Razzamataz gives them a competitive edge before they have even launched,” explains Denise. “We give our franchisees access to individuals and opportunities that would be very difficult to offer as an independent, giving their students and families in turn a hugely fulfilling experience.”Contact Franchise →

Thousands of pounds have already been invested in creating online content for performing arts students, and this is just...
Read more
Franchising Tips and Advice

Home Instead Senior Care is urging kind and compassionate people in the UK to join the wave of kindness sweeping the nation as they...
Read more
Childrens Franchises

Thousands of pounds have already been invested in creating online content for performing arts students, and this is just the first stage in bringing...
Read more

The Benefits of Buying An Existing Franchise

Franchising in the UK is on an upward trajectory. Generating more than £15 billion for the UK economy, more entrepreneurs are seeing the benefits of...
Read more

Celebrating the Growth of Young Entrepreneurs

Franchising continues to go from strength to strength, contributing £17.2 billion to UK plc and employing 710,000. With a clear route to success, it...
Read more

From Accountant To Theatre School Principal