Longevity in a Theatre School Franchise 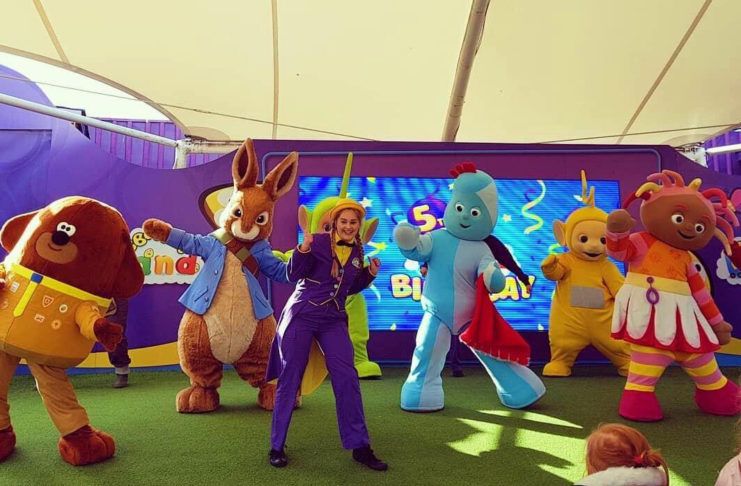 We’d like to introduce you to Angel Jenna, Mum of 3 and much appreciated Angel to many customers. You can...
Read more

Reading Time: 3 minutesAs a theatre school franchise prepares to celebrate its 20th anniversary, we mark the achievements of some of the first franchisees who came on board during the very early days.

Razzamataz Theatre Schools achieved national recognition in 2007 after an appearance on BBC’s Dragons’ Den in which Duncan Bannatyne offered the full investment. Since then, the franchise business has become more and more successful and created entrepreneurs who are enjoying their own flourishing theatre schools.

In the early days, many of the franchisees were dancer friends of MD and Founder Denise Hutton-Gosney. Shanley Booth, Principal of Razzamataz Derby, was one of the first Principals to open a school and she has seen huge changes within the network.

“As a former dancer, I knew that I wanted to stay in the industry because an office type job just would not have suited my personality,” says Shanley. “Although I have also been involved in the fitness industry, it is Razzamataz that has really provided me with stability and the chance to have a successful business.”

During her career, Shanley has learnt a lot about business and now really enjoys mentoring not only her students, but also her teachers as she explains: “One of the first students to walk through the door when Razzamataz Derby opened was Kirsty Holland. Kirsty started her training on day one when she was seven years old and stayed with us until her final show aged 18 years when a friend of mine came along to help out on show day. Natalie Weetman was the entertainments manager for Alton Towers and offered Kirsty a job after seeing her talent on stage. Kirsty is now the main CBeebies presenter at Alton Towers as well as being a Minis and Juniors dance teacher at Derby.”

Many Principals within the network have been part of Razzamataz as either teachers, assistants or staff members. For Pam Dixon, Principal of Razzamataz Dumfries, her journey began as an admin assistant and then watching her own daughter open a school. “The ethos, opportunities and support that was available persuaded me that I could also have my own theatre school even though I had no experience and was already a granny,” says Pam. “Razzamataz gave me the confidence that I would never had myself. It has really been life changing and gave me the courage to step out of my comfort zone, I just wish I had done it sooner.”

Pam has been a Principal for more than ten years and delights in watching her school and students’ progress as she explains: “Watching the change in confidence in our students and the impact this has on the entire family in some cases is such a highlight. We are so privileged to be on this journey with them.”

By joining a franchise, Pam has loved all the opportunities that have come with it as she explains: “There have been so many incredible things. The Stage scholarships have given so many opportunities for our students, the Disneyland Paris performance, Ashley Banjo workshop and Diversity studio trip, West End performances and so many amazing workshops that I could never have set up without the support of the Head Office.”

Even Principals that joined the network with an impressive background in the arts have benefited from being part of the Razzamataz franchise. Deborah Laws, the Principal of Razzamataz Plymouth is a dance studio owner, an ISTD examiner and a tutor for the ISTD teaching qualifications. She opened her school in September 2008 to offer a wider range of activities for her dance school students to partake in and an opportunity to boost her income.

“The support from Head Office and events we have really helps to build on the business,” says Deborah. “Razzamataz has so much potential and it has been a great bolt-on to my other businesses.”

Some of the theatre school franchises have surpassed even Head Office’s expectations of what could be achieved. Razzamataz Medway will be celebrating ten years in 2020 and has an impressive record; more than 600 students and many past students working professionally on the stage and screen in hit shows such as Hamilton.

Emily Miller joined Razzamataz Medway on day one of its opening as a teaching assistant in 2010. Today, she is joint Principal with Founder Hayley Limpkin. “After finishing a professional performing contract in 2015, I started working in the office for Hayley as an administrative assistant and it was so interesting to learn the other facets of the business,” explains Emily. “This is when my Razzamataz career became super exciting as I was involved in the development of Project Intense and I was also asked to become an Assistant Principal. This progression only made me more driven and ambitious and in 2017 I was proud to become joint owner of Razzamataz Medway and lead Principal.”

In terms of highlights, there have been so many to choose from for Emily but she feels very fortunate to be so incredibly passionate about her business and being part of the students’ journeys and watching them achieve their dreams too.

For others looking to be part of the theatre school franchise, she says: “You mustn’t be shy of hard work, but I promise, with the support of Head Office and following their building blocks, you will be successful and love what you do.”

Emily also believes that being part of an award-winning franchise has helped create the huge success of the business that she shares with Hayley. “I love that Head Office are always pushing the boundaries and driving the way within this sector of the performing arts,” she explains. “What is appealing to students and their families are the performance opportunities such as Her Majesty’s, The Indigo O2, Disneyland and the up and coming Cruise ship performance. We also offer great partnerships with a talent agency and The Stage Newspaper which is so credible and exciting for those students who wish to pursue this career a little more seriously.Contact Franchise →

Thousands of pounds have already been invested in creating online content for performing arts students, and this is just...
Read more
Franchising Tips and Advice

Home Instead Senior Care is urging kind and compassionate people in the UK to join the wave of kindness sweeping the nation as they...
Read more
Childrens Franchises

Thousands of pounds have already been invested in creating online content for performing arts students, and this is just the first stage in bringing...
Read more

The Benefits of Buying An Existing Franchise

Franchising in the UK is on an upward trajectory. Generating more than £15 billion for the UK economy, more entrepreneurs are seeing the benefits of...
Read more

Celebrating the Growth of Young Entrepreneurs

Franchising continues to go from strength to strength, contributing £17.2 billion to UK plc and employing 710,000. With a clear route to success, it...
Read more

Take us back to Disney

The impact of the NLP4Kids program on symptoms of anxiety and...