The Mikel Coffee Company began service in 2008 and began expanding rapidly in late 2011 with numerous franchises across Greece, then later expanding in 2015 across the globe to where it is at today.

The Mikel Coffee Company began service in 2008 and began expanding rapidly in late 2011 with numerous franchises across Greece, then later expanding in 2015 across the globe to where it is at today. Read Less 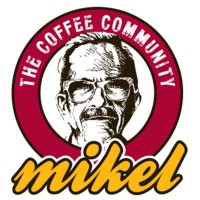 We would like to convey to you our ambitious UK franchise expansion plan that either normal franchisees or area franchisees would help greatly in maximizing and reaching its true potential.

Our products are of very high quality, and our coffee is second to none. We have supreme faith in our brand image and our coffee.

We are currently located in many countries throughout the globe, and rapidly expanding as we speak there are about 240 Mikel stores around the globe.

In the context of our continuous expansion and development, we are looking for new partners capable of spreading the values â€‹â€‹and philosophy of Mikel around the entirety of Greece, the USA, Canada, the UK, Australia, Saudi Arabia, the UAE, Cyprus, Bulgaria and many other countries soon to be inducted into the Mikel sphere of franchises.

Our aim is to expand throughout the entire globe and be able to reach most countries around the world in the future.

How Much Does The Mikel Franchise Cost?

If you think the Mikel Coffee Company franchise would be a great fit for you, fill in the form and you will be sent further information on this fantastic opportunity.

Below are some specific details on the Mikel Coffee Company Franchise opportunity.