Franchise For Sale in Broadstairs 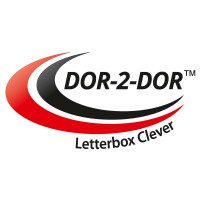 Start a leaflet distribution management franchise business with DOR-2-DOR and provide a full marketing and printing service to local businesses and or...

Kare Plus is a prominent provider of high-quality nursing, homecare and healthcare services. With a ...

Run your own home care franchise and provide care and support to elderly people in their own homes. ...

Sanondaf are an award-winning decontamination company, established in 2014 we operate across all bus...

Countrywide Signs franchisees erect, manage and take down For Sale and To Let boards, working closel...

Become your own boss in a sector where demand is booming! - NO PLUMBING EXPERIENCE NEEDED...

Run Your Own Dog Training Service. A Fantastic Opportunity To Work With Dogs Whilst Producing a Sust...

Choice Home Tutoring is trusted by thousands of students and our commitment to delivering first-clas...

Join the world's largest furniture repair and restoration franchise to turn your hobby in to a money...

Maid2Clean franchise owners work smarter not harder than the competition, you are getting a manageme...

McNally EV are proud to give you the opportunity to run a highly successful lifestyle-friendly busin...

Minster Cleaning has a network of branches throughout the UK, providing office and commercial cleani...

Join the World’s Fastest-Growing Drop Shipping Network and Become Our Next Success Story....

Auditel is a network of around 100 Procurement, Supply Chain and Business Transformation Consultants...

Brokerplan Autolease is offering you the opportunity to become a vehicle finance specialist and brok...

Browse Franchises For Sale in Broadstairs by Industry

The Best Franchise Opportunities in Broadstairs

Whatever you are looking for in Broadstairs, we’re sure you will find it here at Franchise Local.

Franchises For Sale in Broadstairs

Are you interested in setting up shop for yourself and looking for a business for sale in Broadstairs? Franchise Local can help you.

Rather than taking the traditional, but the harder route of setting up and trying to establish a fresh new business, why not consider one of the many franchises for sale in Broadstairs?

On the contrary, if you look to start a franchise in Broadstairs, it is much easier to get a business running smoothly for a smaller investment up front. When you invest in a franchise for sale in Broadstairs, you are joining a business that is firmly established and already has a supportive team, a successful business model and a trusted brand name.

Compared to a more traditional route into a business where you may have to learn a lot for yourself, franchise opportunities in Broadstairs provide you with a comprehensive brand and industry-specific training and support every step of the way.

Normally with other forms of business for sale in Broadstairs, you need to fight for your space in the marketplace. When you start a franchise in Broadstairs, you are normally assigned a specific geographic area that is yours alone and you won’t need to compete with anyone else operating under the franchise branding. This makes it much easier to get established and to make a profit.